Another rough weekend…. or week….. or let’s just say, month.

But, despite the unkempt abode and the unkempt hair and the unkempt dogs and the unkempt laundry, the Lord is good to us. I have been sick as a dog off and on for the past few weeks, unfortunately, despite all my best sicky-remedies; Ian has been exhausted as a dog for the past month due to 15 hr work days. Come the weekend, we crash in bed – swearing we’ll not get up till somebody forces us to either keep our jobs or lose ’em – and look around the house at the mopless dirtiest floors and those shedding giddy labradors…. and say to each other, “He will uphold us with His righteous right hand. He is always faithful, and we are so grateful for Christ’s love.” 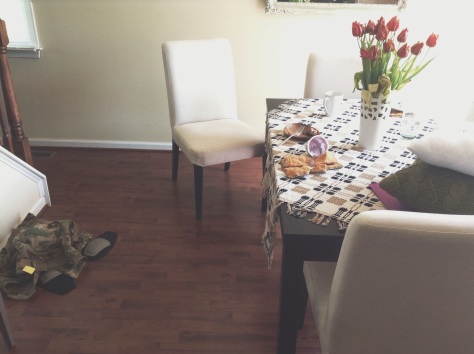 This picture does not even do justice the mess of this house…. dying flowers and heaped combat clothes marking the territory.

Sometimes I get a wave of inspiration to be creative again, and then I try to some avail only to crash and burn in the end.

Yesterday I was in bed until 5pm and when Ian finally came home I sobbed my little crybaby heart out, to which he asked naively, “Why are you crying?” He’s actually a lot more sensitive than that comment evidenced by his servant’s heart in offering to finish making the cake I had started mixing; he doesn’t know anything about baking, but he shows his love by giving time and effort. He turned out to be a good baker. 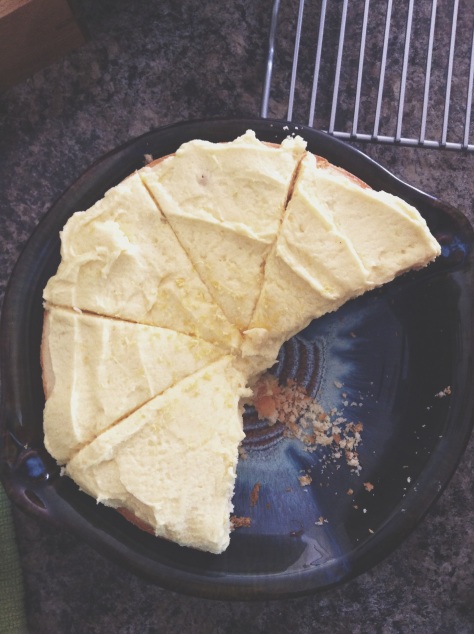 The lemony zesty cake from my inspired Goodies moment while browsing Pinterest (click on pic for recipe). 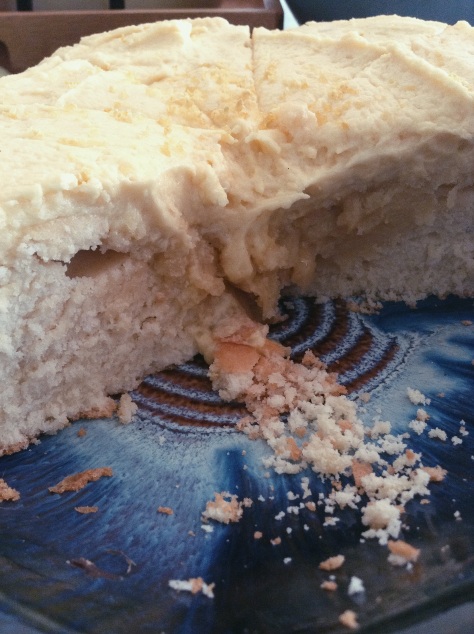 Already ate half of it since Saturday night. He helped me.

This morning I thought I was all better after hours of good rest. NOT. But hey, I tried to fake it and I should get brownie points for that. In exchange, I attempted blubbery bread using raw organic honey as a sub for refined sugar. It turned out really well, if I do say so myself. 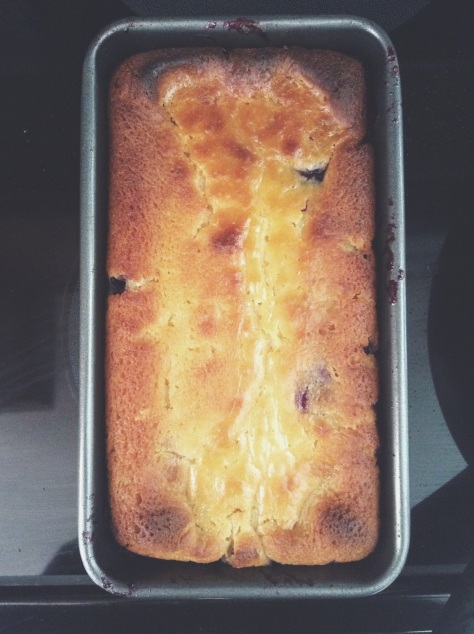 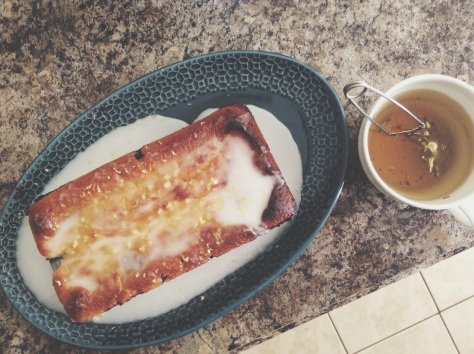 So to commemorate beautiful spring and fake-feeling-better, we took the dogs out for a much-needed burn off of hyper energy cells and then took off to the movie theater to look like we were on a date when we were actually just looking for a place to be lazy and flop (instead of on the bed). Captain America 2 was pretty darn exciting in all his vintage humility, suiting, and charming wit… and that technology jazz, too. 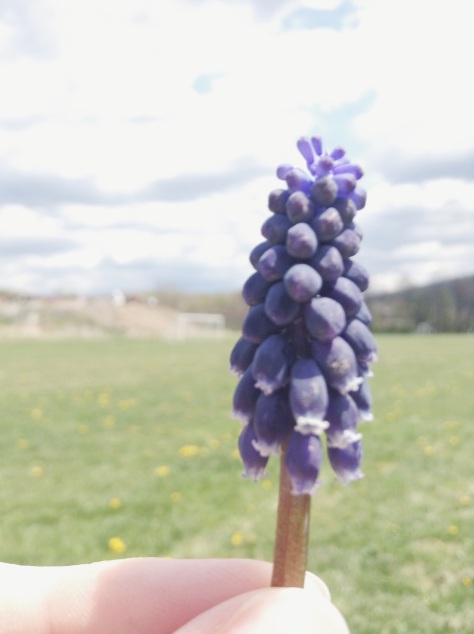 An attempt to capture the beauty of field blossoms. 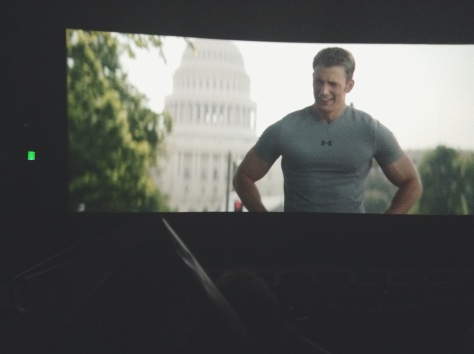 And all of that sums up our trials and trying with the Lord’s favor and faithfulness, as it were. We are not despairing but staying afloat with welcomed prayers from all you dear readers and companions.

In the words of that good ol’ boy hero: “…a weak man knows the value of strength. and knows compassion. I hope I’m the man for the job.” (Not exactly apropos but the sense of it seems fitting nonetheless.)

In the hands of the potter,